Vibroacoustic Disease (VAD) Is Much More Than A Hearing Problem 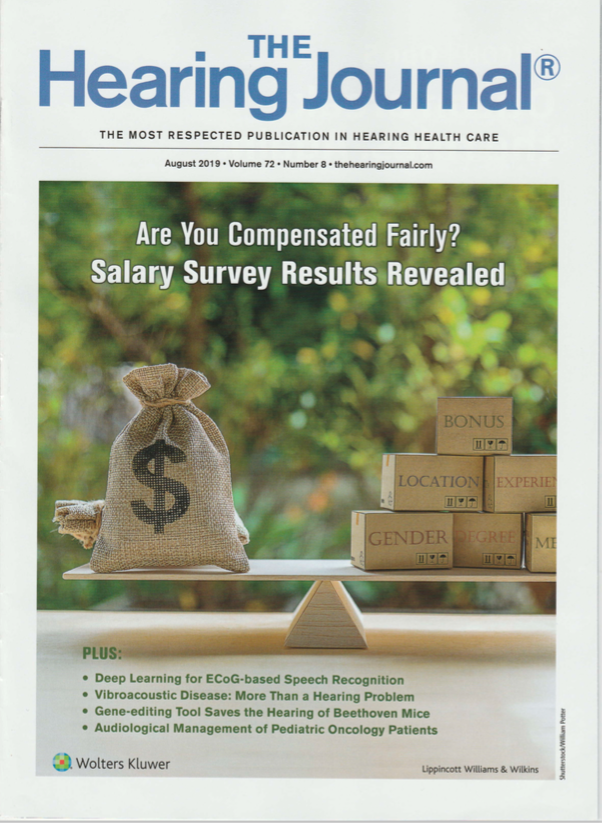 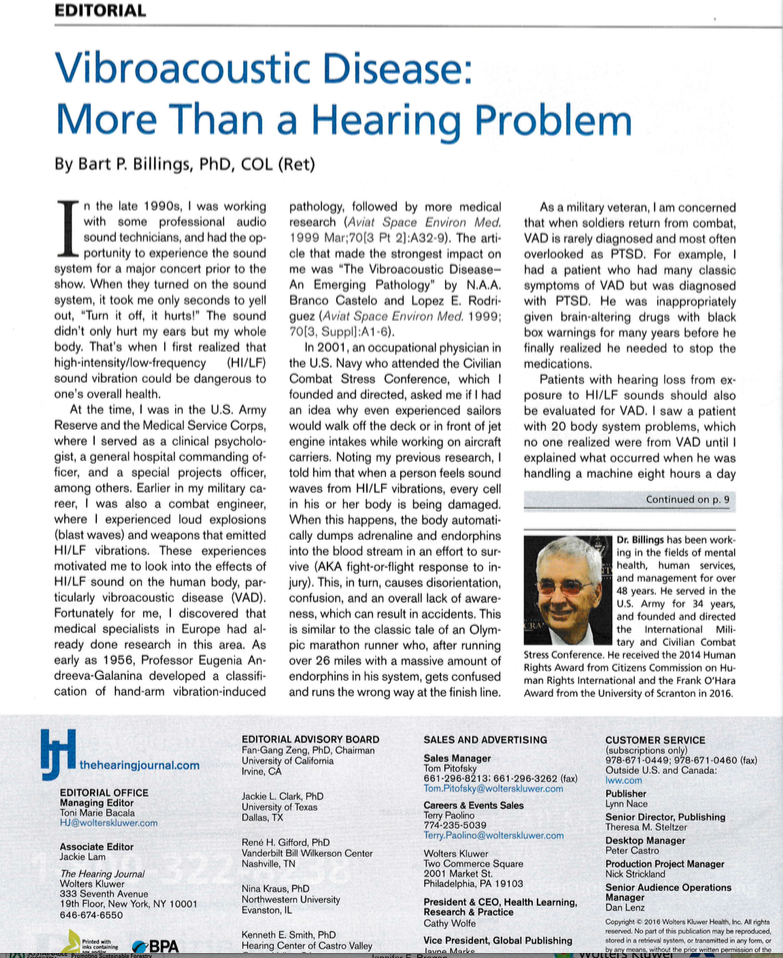 (Text version of the article available below)

In the late 1990s, I was working with some professional audio sound technicians and had an opportunity to experience the sound system for a major concert. They wanted me to listen to the sound system they were setting up in a large sports arena, prior to the upcoming concert. When they turned on the sound, it took me only seconds to yell out, “Turn it off, it hurts!!”. I realized that it didn’t only hurt my ears, but my whole body. That’s when I first realized that High Intensity/Low Frequency (HI/LF) sound vibration could be dangerous to your overall health.

At the time, I was in the Army Reserve and was in the Medical Service Corps, where I did everything from being a Clinical Psychologist, General Hospital Commanding Officer, Special Projects Officer, Combat Stress Conference Founder and Director, etc. Earlier in my military career, I was also a Combat Engineer, where I experienced loud explosions (Blast waves) and weapons that emitted High Intensity/Low Frequency Vibration. These experiences motivated me to look into the effects of HI/LF sound on the human body, resulting in Vibroacoustic Disease (VAD). Fortunately for me I discovered that medical specialists in Europe had already been doing research in this area. As early as “in 1956, Professor Eugenia Andreeva-Galanina developed a classification of hand-arm vibration-induced pathology”. More medical research followed this initial work and the article that made the strongest impact on me was written by,” Branco, C., & Rodriguez E. (1999). The Vibroacoustic disease-an emerging pathology. Aviation, Space, And Environmental Medicine; 70(3,Suppl.):A1-6.  Alexandria, VA”.

On one occasion in 2001, an Occupational Physician in the Navy was at my Combat Stress Conference and he asked me if I had an idea why Sailors would walk off the deck or in front of jet engine intakes, while working on aircraft carriers, even when they were experienced Sailors. What I told him from my previous research was that, when a person feels sound waves from HI/LF Vibration, every cell in their body is being damaged  and when this happens, the body automatically in an effort to survive, dumps adrenaline and endorphins into the blood stream (Fight or Flight Responce to injury). This in turn causes disorientation (Distortion of peripheral vision, etc.) and confusion and an overall lack of awareness, which can result in accidents. Similar to the classic tale of the Olympic runner about to  finish the marathon, who had massive amounts of endorphins in his system from the damage to the body after running over 26 miles, being confused and running the wrong way at the finish line.

What concerns me as a Military Veteran is that when soldiers return from combat, VAD is rarely diagnosed, and most often overlooked as PTSD. I had a patient that had many classic symptoms of VAD, but was diagnosed as PTSD and for years was inappropriately given BLACK BOX Warning Psychiatric brain altering drugs. He suffered for years on these inappropriate medications before he finally realized he needed to withdraw from them.

Also, if a medical person sees a patient, who has a hearing loss from being in a HI/LF sound environment, they should do a medical evaluation also looking for VAD. I once saw a patient, in thy role as an expert witness, that had twenty body system problems and no one realized it was from VAD, until I explained what was occurring from the machine he was working on 8 hours a day for 8 years.

If one looks at  The article I mentioned above by Dr Branco, “ The Vibroacoustic disease-an emerging pathology,” you can see the following symptoms from VAD:

The Navy Occupational Physician I previously mentioned, asked me to write an article for “Navy Medicine, and in 2002, I wrote in the January/February issue; “FEELING THE SOUND CAN BE DANGEROUS TO YOUR HEALTH”©