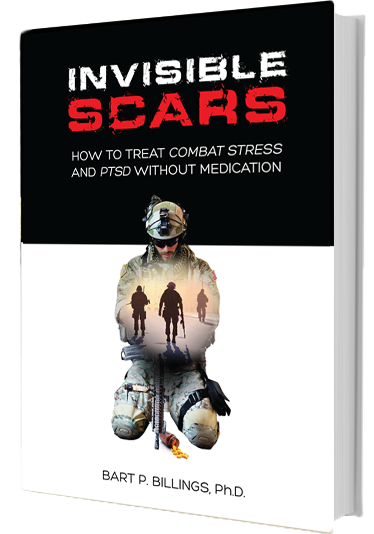 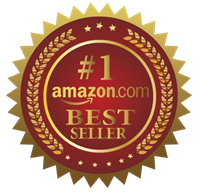 Invisible Scars: How to Treat Combat Stress and PTSD without Medication

Of the 2.4 million U.S. troops, who have been deployed to Iraq and Afghanistan, 30% return home with post-traumatic stress due to combat related stress and more than 320,000 suffer from traumatic brain injury (TBI).  Many more are misdiagnosed or are not diagnosed at all.  Troops, who are exposed to PTSD in the form of high levels of stress and anxiety during combat are more likely to withdraw, engage in substance abuse, show signs of depression, or even commit suicide after returning home.

INVISIBLE SCARS is extremely relevant and needed at this critical time, because literally hundreds of thousands of people are being given anti-psychotic medications, anti-depressant medications and anti-anxiety medications at epidemic rates.  Veterans, their families and the general civilian population are being lost and forgotten. This book is a must read for anyone working in mental health, social work and those working with combat stress and Post Traumatic Stress Disorder (PTSD).

Chapter 2: Reconciling the Effects and Treatment of Combat Stress Now and Throughout History

Chapter 3: Suicides and Homicides Within the Armed Forces and Civilian Community: A Direct Link to Psychiatric Medications

Chapter 5: Congressional Hearings Testimony Regarding Suicides and Psychiatric Medications in the Military

Chapter 10: The Evolution of the Tri-Service Combat Stress Conference

Chapter 11: Veteran Lawsuits Against Government Facilities and Violation of the Standards of Care for the Psychological Needs of our Veterans