“Medicine cures diseases of the body, wisdom liberates the soul of sufferings” 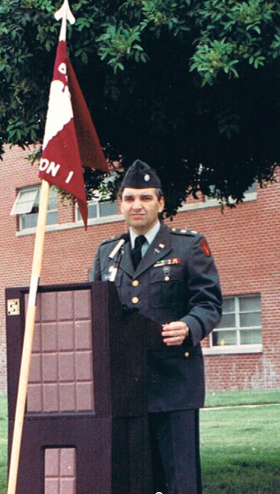 The enthrallment and embrace of magic have captured our 21st Century society. Nowhere is that better exemplified than in the field of psychopharmacology. As much as we may wish for an elixir that could magically heal mental health conditions and disorders, there is none. Dr. Bart Billings’ book, Invisible Scars, has done yeoman service by underscoring that reality. His litany of the grim dangers that present when we treat such conditions and disorders in this way should serve as a clarion call to end this practice. His strong and informed voice in this regard warrants a “thank you!”

I have known Dr. Billings for more than 12 years in various capacities. I have known him as a clinical psychologist, who is a retired military Medical Corps officer. He is the founder and director of the International Military and Civilian Combat Stress Conference, which was held at the Camp Pendleton Marine Base for its first 15 years. This conference provided a seminal setting for the exchange of ideas and for sharing information regarding combat stress and the conditions spawned by it. I first met Dr. Billings in connection with this conference—initially as an attendee and, later, as a presenter.

In addition, I have had the opportunity to consult with Dr. Billings in his capacity as a clinical psychologist regarding Marine Corps clients caught up in the military justice system. In some of these cases, I referred clients to him for a psychological evaluation, which gave me increased insight into their psychological processes and, thereby, allowed me to more effectively represent those Marines. Dr. Billings’ insights were uncanny and extremely helpful in achieving positive results for my clients. I also consult with Dr. Billings regarding other situations involving Marines and their families, as well as the veterans I assist under the aegis of various non-profit entities.

I have seen first-hand Dr. Billings’ concern for the wellbeing of veterans and their families. They have always been one of his top priorities. Indeed, they were the impetus for him to write this book.

I have been a Marine for 52 years (25 of which were in active duty service). I have an intimate understanding of the problems Marines and their families’ encounter in times of war, as well as in peacetime. In my legal practice, I regularly wrestle with the perplexing issues presented by active duty service members and veterans suffering with Posttraumatic Stress Disorder (PTSD) and the destructive impact of the drugs used to treat it. How to describe the story of these service members’ condition and the horrific side effects of prescribed psychoactive drugs is regularly my task.

By happenstance, I discovered Dr. Billings’ International Military and Civilian Combat Stress Conference. It quickly filled my need. Attendance as a participant led to my being a presenter. These experiences were seminal.

In my view, Dr. Billings’ focus on integrative treatment for PTSD in military persons and veterans is right on target. His strong opposition to utilizing mind-altering psychiatric medication as the course of choice is well-grounded. His warnings regarding the dangers inherent in using such drugs are a public service of the first order. Kudos are in order.

“If we had read your book about the dangers of the drugs that the VA gave our son to treat PTSD, I am positive that he would be alive today. The cocktail of drugs given our son killed him. Since his death, we have been on a mission to help other veterans obtain drug free treatments for PTSD.”